Skip to the content
The Massachusetts Supreme Judicial Court said Monday that Tesla Motors Inc. can continue selling its electric vehicles directly to consumers out of its showroom at the Natick Mall, next to stores that sell clothing, jewelry, and perfume.
The ruling caps a nearly two-year legal battle between the California automaker and the Massachusetts State Automobile Dealers Association, which contended that Tesla’s storefront showroom violated a state law that bars manufacturers from owning and operating dealerships.
But the high court said the law applies only to carmakers that already sell through independent franchise dealerships.
The statute protects independent dealers that buy their inventory from manufacturers and mark up prices to make a profit; they could be harmed by competition from manufacturer-owned dealerships selling the same makes, which presumably could offer lower prices by cutting out the middleman.
Because Tesla is a new entrant in the Massachusetts auto market, there are no franchisees that could be harmed by direct sales. Therefore, the court said, the dealers association, which represents more than 400 businesses, had no standing in the case.
Read the entire article at BostonGlobe.com. 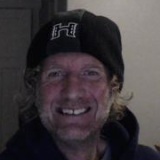